What does everyone want when the time beckons? To be younger, to look younger, to feel younger. In other words we want to be rejuvenated, to turn back the clock, to reverse time. But time won’t go back. While we might trick ourselves into thinking we can be younger by enduring heavy and strict diets, applying assorted chemicals or subjecting our bodies to cosmetic surgeries – can we really? We only changed aesthetics but cells remain as old as they are. It is a visual illusion. In order to be young we have to stay youthful on the inside, which means we need to slow down our aging process. And that’s exactly what AAC is meant to do. Its revolutionary approach slows down the aging process, rejuvenates the body and represents a new vision in cell cosmetics. 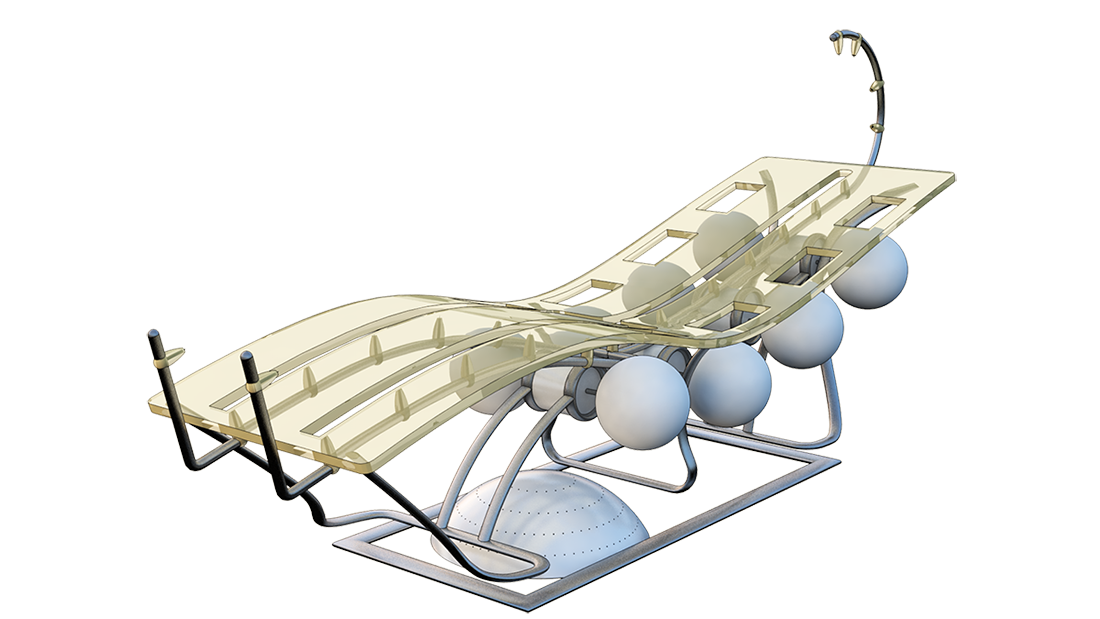 A difference between youth and old age can be found in the intensity of cells vibration. While old cells vibrate slowly, bluntly, young cells vibrate faster, more intensely. This effect can be achieved by some stimulants like hormones or vitamins but it is as short-lived as its results. More importantly, regardless of the temporary effects, the age of cells remains the same. But what if we could slow down the supposed biological clock of cells? If, for example, a cell takes a 30 sec. journey to reach a certain point, with the help of AAC the journey would be expanded to last 50 sec. In reality cells would age much slower while still completing their functions.

On that note, it must be mentioned that cells don’t know what is happening outside of their environment. They receive signals about the situation in the body based on influences from the outer world on that body. Stress, excitement and emotional ups and downs – they all dictate the tempo of cells in the so-called earthly time. Time that you spend on your job, with your family, everyday life occurrences – all together they define the conditions the cells operate in. What would happen if we could change the conditions that influence cells? If we change the environment, then we can modify the vibrations of cells to sync to that environment. If we slow down time as it flows in that environment, then we influenced cells in the same way. Specifically, cells would vibrate in such a way that they grow old slower. But how is that possible?

In cosmos, on micro and macro level, time runs very differently. Cosmonauts that come back from space have different experience and perception of time. As experiments showed us, if we would to send someone far into space, and that someone came back after 200 early years, his or hers biology would be older for just 20 years. This tells us that time is not a stable constant and can be modified and influenced.

Our experiments showed us that AAC could slow down the passing of time
for approximately 30%. It might seem like 30% is not much, and maybe it isn’t if you look
at the time period of 24 hours.
But if you look at an extended period of time,
like a decade, then you will be three years younger.
In two decades, you will be six years younger.

Simply put, AAC is a machine that slows down time with you inside that altered time – with effects that last even when you exit the room. However, AAC is not meant to replace any beauty products you are using. When you are exposed to stress, environmental conditions and even micro-vibrations in the air, your skin is susceptible to change. Your skin can get rough and dry and exposure to damaging elements can further chip and scar it. AAC won’t replace the necessary cosmetics and treatments for skin care. AAC doesn’t change the body, but everything in it.

As hinted at, one more parameter needs to be influenced for everything to work – the mind. The system and method, process and tempo of thinking always follow the time. That’s why we are always late. That is why one of the primary functions of AAC is to adapt thoughts to that modified time and environment. One helpful addition is the usage of visual effects. Colors and shapes have the power to influence our minds, emotions and attitudes. With that said, the visual effect is used to prevent thoughts from forming what suits them or what they are used to – outside influences such as conflicts, stress and plethora of problems. Mind must be relaxed, thoughts need to be subdued and prevented from interrupting the flow of time as it gets modified around them.

In the nitty-gritty sense, this is all possible because of the powerful energy generator made out of micro energy modifiers housed in a metal framework. The body is bombarded by the composition of unique energies. In order to further amplify the anti-aging process, the entire room is transformed into an energy machine that separates the working process of the chair and energy engines from the regular, daily atmosphere. For that effect, the addition of ezo panels, energy flaps and ceiling dish is mandatory. Micro energy modifiers in the panels further create and modify the energy while the flaps regulate the geometrical angle – newly mixed and purified energy is then pushed through the dish and delivered to anyone below it.

In doing all this, the entire body is covered equally and with balanced potency. The energy body receives refreshes the mind and rejuvenates the body. 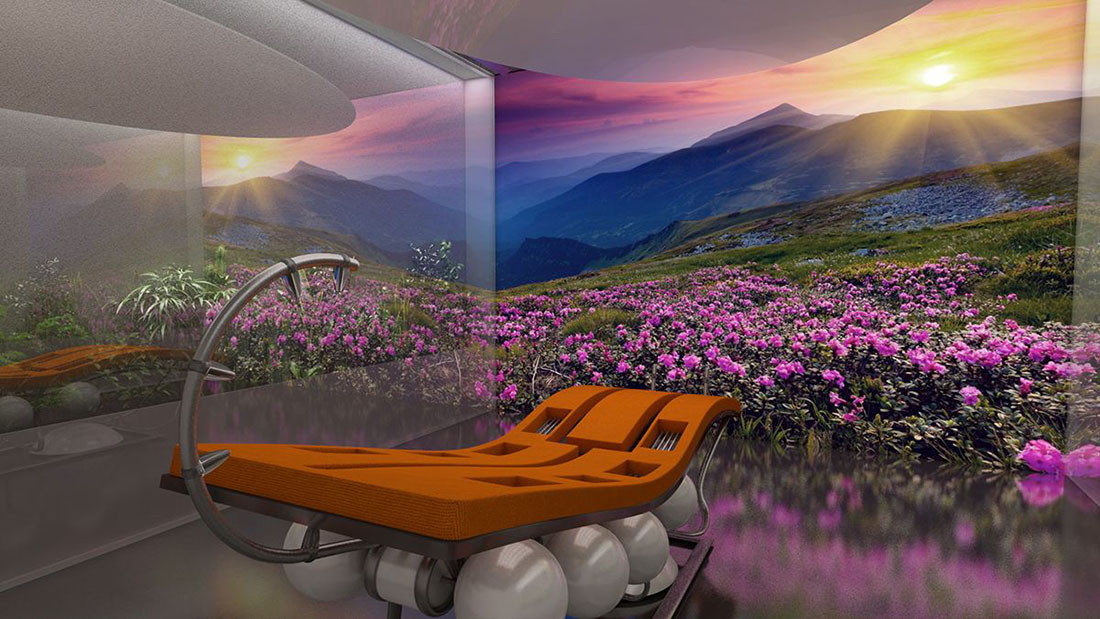 Most dominant feature of the chair is a powerful energy generator, made out of micro energy modifiers, and housed inside an oval shell. Above it, six collectors are attached, housed in spherical shells. The generator and all collectors are attached to specially crafted and enduring metal framework that is fused with sophisticated micro electronic engines and machinery. Rods, gears and pistons used to position the chair are tucked away between the framework and energy collectors. All controls are accessible via remote control.

Aside from holding the energy-work machinery in place, framework also guides the signals from the generator to the needles. While bulk of the needles follow the curvature of the upper framework, and thusly human spine, additional needles are placed on top and bottom extensions of the framework allowing the coverage of the entire human body. Needles are natural extensions of the framework, further encased in transparent protectors.

The matrass is resting on top of the needles and framework. Its agronomical design follows a specially calculated curvature that, combined with multitude of thin layers, provides utmost comfort. Few holes are made vertically and horizontally for energy transfer purposes.

In our test design we used large tiles for floor, for both design and sanitary purposes. We expanded sidewalls and created small gardens sealed with glass walls on each side to allow the room to “breathe”. While the back/door have no influence on the experience, the front wall is one large 4K LED screen with small access console. Imagery that appears on the screen has been preselected based on conducted tests and research.

Walls can be painted in any color with or without additional details and wallpapers. Light in the room is mostly mild which can be achieved with the selection of LED bulbs and strips. Either way, reflection of the screen and lighting will bounce off of floor, glass, ceiling and chair elements creating a unique visual effect. 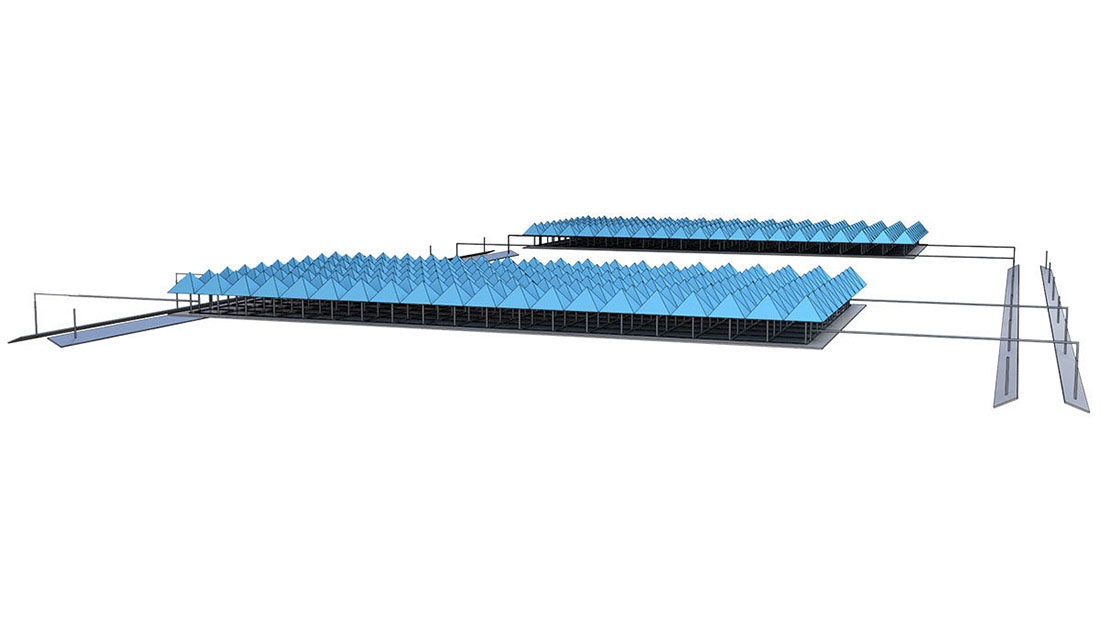 How to use it

After a year of watching a movie that can entice your focus in such a way, you will be packed with influences of that movie. You will change. You will stay young. You will feel relaxed and limitless. You will be free, not burdened or overwhelmed with obligations. These effects remain even after you leave AAC but are produced by only spending one hour a week.

Most optimal room for AAC is simply one large enough to fit all the necessary equipment and installations. Of course, it is possible to modify requirements on demand, fit additional equipment, accessories, closets, showcases and decorations. Room dedicated towards AAC can be in already existing building such as the house, mansion or villa, or a special dedicated object can be built for it.

Because of its effects and dedication towards youth and rejuvenation, AAC is perfectly capable of being integrated into already existing businesses. Such businesses would include, but are not limited to, beauty salons, spa centers, hotels, relaxation centers, gyms, sport centers, motels, resorts and so on. It will not only increase customer satisfaction, but it will provide yet another service your business can offer.

We wanted to make sure that AAC could fit into any business and any vision so we created it with customization in mind. The color of the matrass, the imagery on the screen, painting, lights and accessories can all be customized to your liking and need.