As human organism constantly changes and evolves, every once in a while a certain state appears – the state we call illness. This temporary state always seems to push the boundaries of human evolution, as it is what makes us cherish the life itself. In order to find the way of making the treatments most effective within the shortest time, we have developed instruments called the Magic Spikes and the Magic Wand. 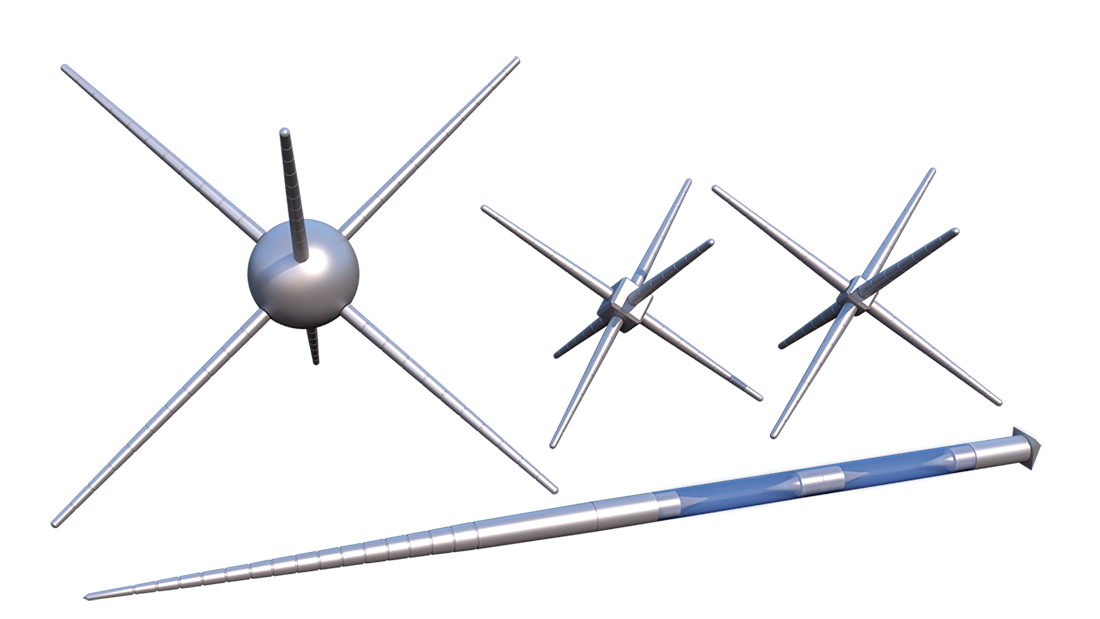 Magic Spikes provide a 3D overviewing effect in the human body: they have X, Y and Z rays. With holders mind being connected to the rays, they are used to provide orientation and positioning within the human body, diagnostics, treatments as well as observation of the human body and functions.

The first instrument with the spherical casing has water inside of it – that water is used for energy concentration. As such this instrument is used for diagnostics and treatments. The second and third instruments are used for observation of the human body. 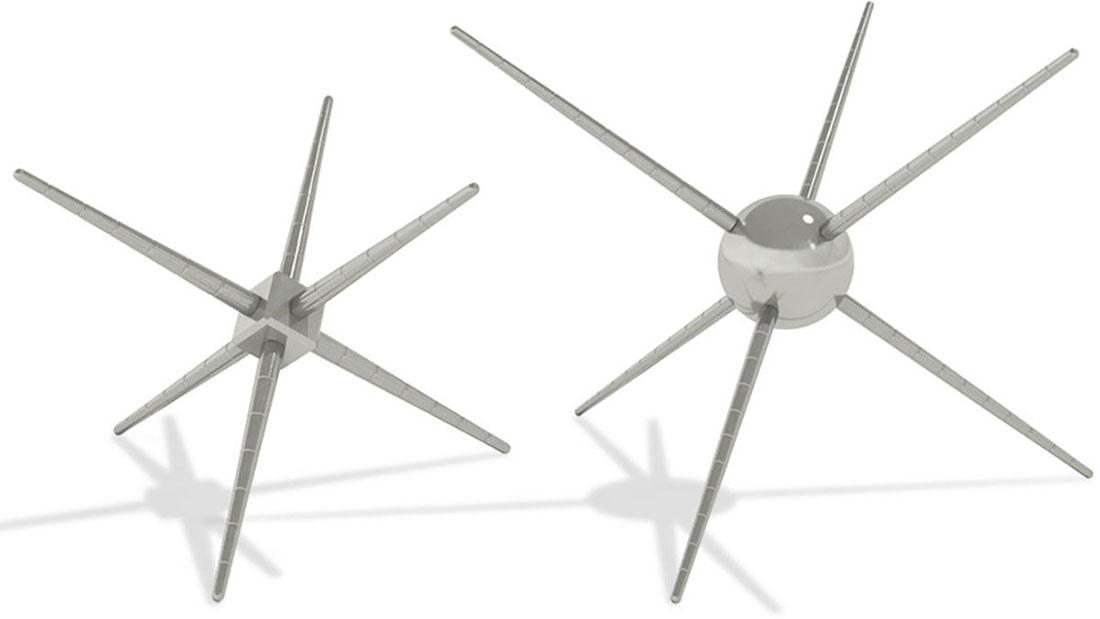 The Magic Wand is a precision tool – it allows user to work with a small amount of energy in very small areas that are difficult to reach. The pyramid at the top of the wand is to analyze received signals, which are then contained between the spheres. Thanks to connected water chambers, the energies are accumulated without dispersing in short period of time.

If held horizontally, the instrument can also be of purpose as “a scanner”. Starting from the head working its way down, the tool picks up signals and, in the right hands, the person holding it gets a complete picture of the body inside. This can be of great use for analysis as it is easier afterwards to determine the problem in question and establish the right treatment.

These instruments make diagnoses and treatment more efficient and more precise. Without them, for the same results, ten times more energy potential is required. Of course, these instruments cannot function without a person that knows the anatomy of the human body; that has high-developed senses and is in control of the situation by connecting to tools with the mind.

Magic Spikes come in three different shapes and sizes although following the similar design philosophy. The first one has a spherical core made out of very light plastic and holding the water inside. Plastic orb is sealed indefinitely, it cannot be opened. Core is further housed in metal casing made out of two parts that can be screwed together – also of spherical shape. Metallic case has six holes in it, geometrically positioned in the middle of the case. Holes are threaded so that six conical antennae can fit into them.

Second design has a cubic metallic core in one piece with similarly positioned holes for the antennae – one on each of its six sides, in the geometrical middle.

Third design is very similar to the previous one – cubic metallic core with six holes for antennae. Difference is in dimensions with antennas.

Magic Wand is made out of several detachable parts. The bottom part looks like a long antenna, very similar in shape to antennae of Magic Spikes.

After the second water chamber comes another extender but this one is rather different. This extender is hollow with a threaded hole. Hollow part of the connector is filled with led spheres and then on top of it, a special metallic pyramid is screwed on.

Magic Tools are extremely portable, especially with detachable parts. Despite materials used they are lightweight and easy to carry around in a suitcase or bag.