NEM Institute
The Black Cube
A portal to your true nature
STATUS: completed and built

In 1915, Kazimir Malevich, painted his famous work the “Black Square”. It is considered one of the most genius paintings of the 20th century. The reason for that is, in the words of Malevich, that “everyone will see in that painting that which they are capable of seeing”. Now imagine if we added another dimension to that square, if we added the third dimension so you could enter it. That is what the Black cube is – it allows you to enter this artistic space, without the artist himself, where your nature, your emotions, can freely exhibit on their own unique way. 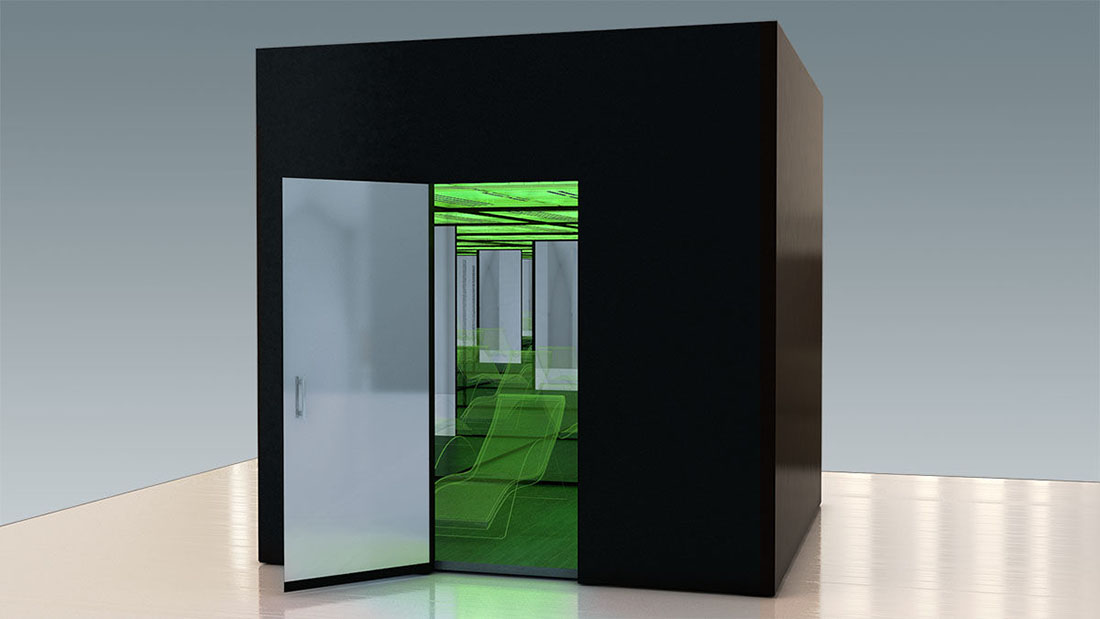 While in the pyramid “I” becomes primary, in the Black Cube it disappears. As soon as a person enters, this “I” dissolves. A person starts to exist in a different world where “movies” start to play.

Long ago, the exact interpretation of reality considered being art. Then, artists started investing their emotions in creating paintings. Along came impressionism – an emotional attitude in which the artist experiences reality. But then Malevich said what that artist was doing is exactly limiting the viewer to form his or her own idea about something. And so he drew a black square, without any sense or artist’s emotions. He considered that every viewer should find his or her own meaning and emotion. That was my starting point. I added a third dimension on Malevich’s square i got the Black Cube. Everyone sees different in it.

The pyramids, the antennae and the resonator itself are doing all the energy work in the room – mixing, modifying, amplifying and distributing. Energy is pushed downwards towards the chairs and anyone in the room. LED lights are there to offer small illumination to the room and provide unique effects linked to color studies and their effects on people.

But what does the Black Cube do? Well, it is up to the “viewer” of this art piece. We did a research with over hundred different people who entered the Black Cube several times during a period of one month – the results are amazing but differ between people. In conclusion – what you experience in the Cube is up to you. 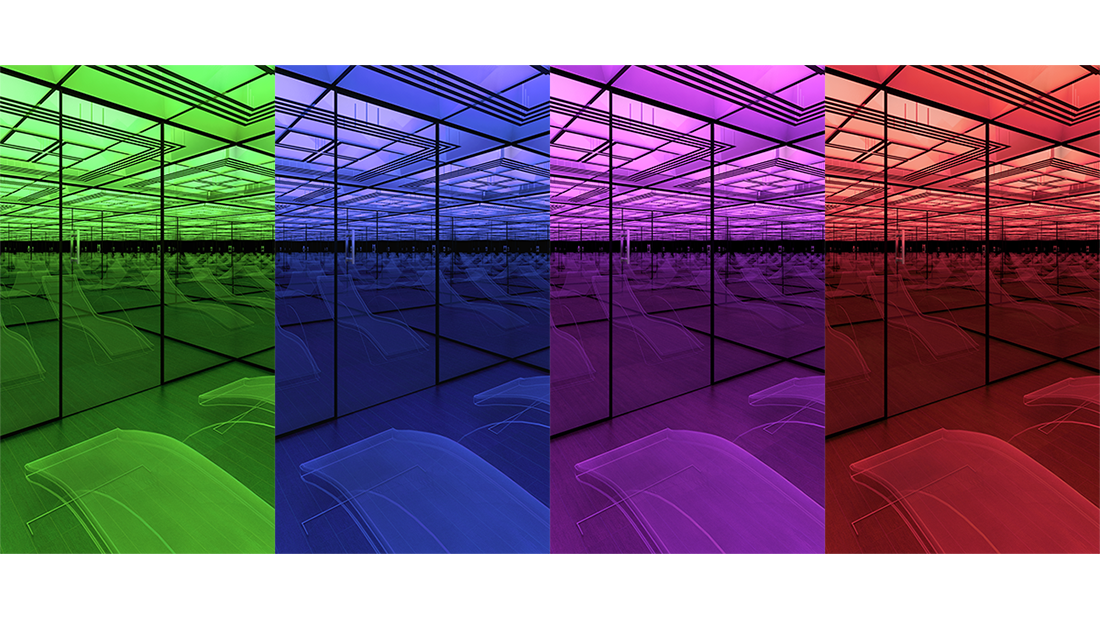 Simply put, AAC is a machine that slows down time with you inside that altered time – with effects that last even when you exit the room. However, AAC is not meant to replace any beauty products you are using. When you are exposed to stress, environmental conditions and even micro-vibrations in the air, your skin is susceptible to change. Your skin can get rough and dry and exposure to damaging elements can further chip and scar it. AAC won’t replace the necessary cosmetics and treatments for skin care. AAC doesn’t change the body, but everything in it.

As hinted at, one more parameter needs to be influenced for everything to work – the mind. The system and method, process and tempo of thinking always follow the time. That’s why we are always late. That is why one of the primary functions of AAC is to adapt thoughts to that modified time and environment. One helpful addition is the usage of visual effects. Colors and shapes have the power to influence our minds, emotions and attitudes. With that said, the visual effect is used to prevent thoughts from forming what suits them or what they are used to – outside influences such as conflicts, stress and plethora of problems. Mind must be relaxed, thoughts need to be subdued and prevented from interrupting the flow of time as it gets modified around them.

In the nitty-gritty sense, this is all possible because of the powerful energy generator made out of micro energy modifiers housed in a metal framework. The body is bombarded by the composition of unique energies. In order to further amplify the anti-aging process, the entire room is transformed into an energy machine that separates the working process of the chair and energy engines from the regular, daily atmosphere. For that effect, the addition of ezopanels, energy flaps and ceiling dish is mandatory. Micro energy modifiers in the panels further create and modify the energy while the flaps regulate the geometrical angle – newly mixed and purified energy is then pushed through the dish and delivered to anyone below it.

In doing all this, the entire body is covered equally and with balanced potency. The energy body receives refreshes the mind and rejuvenates the body.

It goes without saying The Black Cube, as a construct, is in fact a cube. What’s important is the construction material – instead of concrete and bricks, Black Cube is made out of top quality plastics with metal skeleton with gypsum used inside for sound and temperature isolation. It is entirely painted black.

Top of the Black Cube is made out of a scaled model of micro panel consisting of nine pyramids. Pyramids, made out of plastic, are suspended in the air by metallic holder. The holder also suspends a special resonator made out of concentric cubes made out of metal. Furthermore each cube of the resonator has protruding metallic antennae that enter the pyramids – three antennae for each pyramid.

The only things positioned on the ground of the Black Cube are the chairs. They are made out of tough yet lightweight materials and with mechanical leavers to modify the position of the sitting and back area.

Currently there is only one Black Cube in existence located in Belgrade, Serbia. It is a dedicated construction, a unique art piece that has so far been visited by hundreds of people.